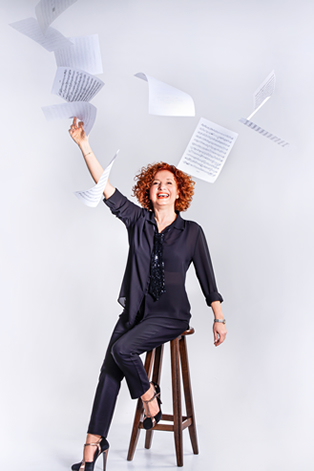 Ayşe Nil Ülgener is the founder of TangoNEVA. She was born in Istanbul and started her music education in Istanbul State Conservatory Piano Department at the age of 7. In addition to her piano education, she also studied harpsichord in private with Prof. Leyla Pınar, founder of Istanbul Baroque and Istanbul Baroque Festival (since 1994). After graduating from the Conservatory, Ülgener was appointed as correpetitor of the institution. The following year she resigned to study with the harpsichordist Robert Kohnen in Belgium at Mons Conservatory. With the reference and recommendation of Kohnen, she has studied baroque music interpretation and harpsichord with Louis Bagger at the Manhattan Music School in New York.

After returning back to Turkey, she was staffed as a pianist & harpsichordist in Istanbul State Symphony Orchestra. In addition to this, she has performed as a pianist in Akbank Chamber Orchestra 20 years, from its foundation to closing. The performer has performed various baroque and modern harpsichord concertos as a soloist with Istanbul State Symphony, Cemal Reşit Rey Symphony, Mersin Chamber and Akbank Chamber orchestras. In addition to this, she performed various harpsichord recitals and chamber music concerts. Cemal Reşit Rey Concert Hall, Albert Long Hall and Izmir Sanat are among the halls she performed as solo player.

Ülgener was elected for Stars Orchestra consisted of 17 successful musicians in the opening of 35th International Istanbul Music Festival. The performer still continues with her position in Istanbul State Symphony Orchestra. 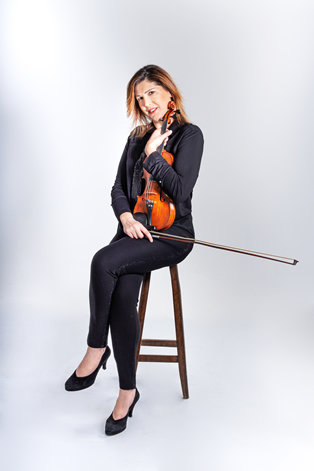 Yonca Sülün was born in Istanbul. She has started her violin education with Zeynur Erengönül in Istanbul State Conservatory in 1987, continued with Veniamin Varshavsky and graduated in 1998. Sülün went to Germany in 1999 and started the Master program of Academy of Music in Detmold with Lukas David and completed with Prof. Anima Ulrike Mathe in 2002.

Sülün is a member of Istanbul State Opera and Ballet Orchestra since 2005 as assistant konzertmeister and also a member of Bahçeşehir University Chamber Orchestra. She is member of TangoNEVA since 2012. 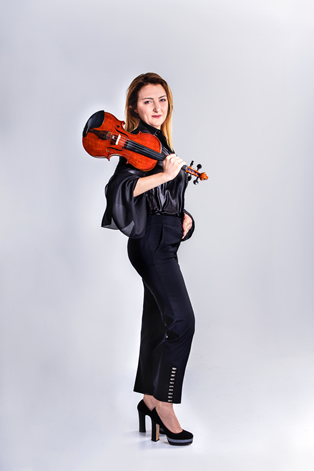 Gaye Süslüoğlu has started her violin education with Selahattin Yunkuş in Istanbul University State Conservatory in 1988 and then studies for 2 more years with Veniamin Varshavsky. She has attended to master class educations of the Maestro Ionescu Galati, State Artist Ayla Erduran and Alexander Markov, respectively.

The performer was invited to Akbank Chamber Orchestra in 1997 and performed various tours and concerts in Turkey and at abroad with this orchestra. She has performed in several festival concerts in countries including Bulgaria, France (Paris Louvre), Greece, Germany and Hungary, Japan and Spain. The performer is an orchestra member of Istanbul State Symphony Orchestra since 2000. She participated to Japan, Spain, Germany and South American tours with the orhestra. She is member of TangoNEVA since 2012. 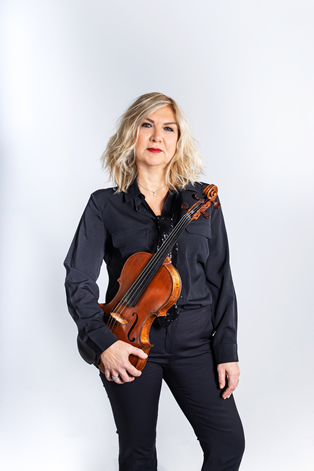 After graduating with an “excellent” degree from the viola class of Prof. Koral Çalgan in Hacettepe University Ankara State Conservatory in 1985, Ayşe Didem Hekimoğlu has started to work as a teacher for the same institute.

Following her graduation, she performed as a viola group chief in Ankara State Conservatory Chamber Orchestra founded by the maestro Ertuğ Korkmaz. In the summer of 1986, she attended to “Elverum Music Festival” in Norway and performed in the viola group of International Youth Orchestra conducted by the maestro Karsten Andersen. Hekimoğlu performed as principal viola in Anatolian Chamber Orchestra founded by Prof. Hikmet Şimşek and attended to domestic and overseas concerts with this orchestra.

She has quit from Hacettepe University Ankara State Conservatory in 1992 and started to work for Mimar Sinan Fine Arts University State Conservatory Strings / Viola Department in Istanbul. Hekimoğlu performed in Akbank Chamber Orchestra viola group from 1992 to 2000. In the summer of 1993, she joined "Academie Musicale de Villecroze" chamber music class for working with Istanbul Philharmonic Quartet and Ysäye Quartet in Nice, France and worked with Miguel de Silva.

The performer still performs in Camerata Saygun Chamber Orchestra founded by Prof. R. Nuyi İyicil in 2004 and works as an academician in Viola Department of Mimar Sinan Fine Arts University State Conservatory. She is member of TangoNEVA since 2012. 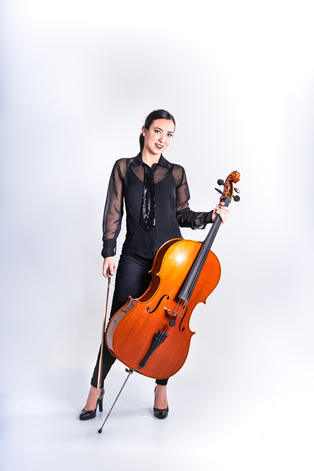 Jülide Canca Eke worked with Reşit Erzin and İhsan Kartal until 1986 in Mimar Sinan University State Conservatory Department of Cello, where she was registered in 1983. She completed her high school education as a student of Josef Györfi in Bilkent University Music and Performing Arts Faculty in 1989 and received her associate degree in 1991 as a student of Doğan Cangal.

She attended to the summer classes under the supervision of J. Podharranski in Czech Republic in summer of 1990 and of David Geringas in Vienna in summer 1991. She graduated from Konservatorium der Stadt Wien, where she was registered in 1991, with success in 1997 as a student of Prof. Adalbert Skocic.

Ceren Akçalı has started her education in Istanbul University State Conservatory and graduated from Yıldız Technical University Arts and Design Faculty with a master degree. 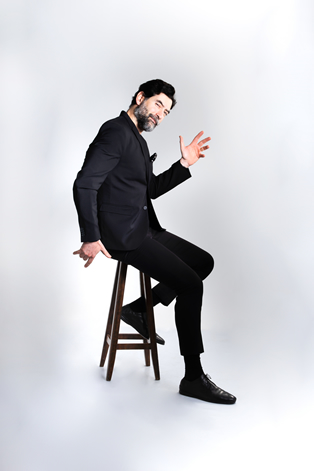 Actor & singer Ali Pınar was born in Istanbul. He started to learn piano at seven years old in Brussels at Waterloo Academy while he was resident there for seven years. Back home he has graduated from Galatasaray High School and then from Istanbul Bilgi University Cinema-TV Department. Meanwhile he studied, for three years, singing with State Artist Ayhan Baran in Mimar Sinan State Conservatory Opera Department. He has trained two years at Studio Actors of Şahika Tekand on acting and theatre. Thereafter continued his training with Ayla Algan and three years with Mehmet Ulusoy, the most acknowledged Turkish director abroad. He also participated to Viola Spolin workshops of Kate Hendrickson, Jason Hale and Ege Maltepe.

Initially began to his professional life as an assistant in the former Cemal Reşit Rey Opera and The National Theater of Istanbul as well as acting in plays and operas. Since he acted also in TV Series and international productions of feature movies and commercials. Recently in cinema he performed one of the main characters in I Am You, produced by Lawrence bender, the producer of all Tarantino’s films. Lastly on TV he appeared in one of the principal roles in Güneşin Kızları and in Cesur & Güzel as the father of Cesur, two TV series which were very popular not only in Turkey but among 55 countries. Ali Pınar has also presented Sinepolitik, a programme about politics and cinema on TRT Haber (National News Channel). Also he performed The Narrator in Prokofiev's Peter and The Wolf with Tekfen Philharmonic led by maestro Darrel Ang at TIM Show Center, one of the greatest venues in Istanbul. Directing baroque operas with periodic style is also among his passions, he made the mise en scene of seven baroque operas with Istanbul Baroque and also directed the first Händel opera (Deidamia) in Turkey at Ankara National Opera.

Ali Pınar has presented radio programs such as Aksak on the National Radio Station TRT 3 and Alla Turca on Açık Radio where he hosted every week world known classical music stars such as Maxim Vengerov and Fazıl Say. Alla Turca obtained The Donizetti Prize as “The Best Radio-TV Program”, the most important prize in the field of classical music in Turkey. 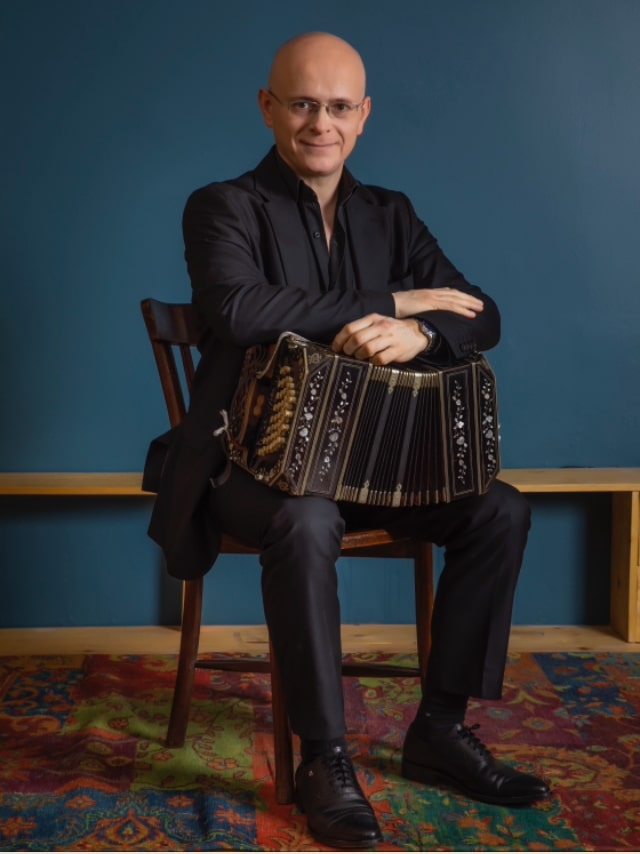 Battistessa is born in 1971 in Buenos Aires, Argentina. He started to learnt to play the bandoneon at 14 years old, working with Domingo Mattio and Jorge Rutman.

He initially worked as a professional with tango in Buenos Aires. He played in ensembles such as Avellaneda Tango Orchestra, Juan D’Arienzo Orchestra and Moreno Tango Orchestra. He also accompanied Amelita Baltar and performed in the tango house La Ventana.

He first came touring in Turkey in the year 2001. He came back with the invitation of Özdener Koyutürk and decided to live in Istanbul in 2007. He performed with the ensembles such as Okotango, Orkestra Tangorama, Piatango and TangoNEVA. He also performed with Sema in her project titled “Hayat Gülerken Ağlatır”. Battistessa also played with Antalya State Symphony Orchestra and Eskişehir Symphony
Orchestra as soloist. In addition to this he appeared in the project titled “Yaşam ve Tango” of Ankara State Opera and Ballet. Battistessa is conitnuing to attribute to the culture of Tango in Turkey, while performing and teaching the bandoneon. 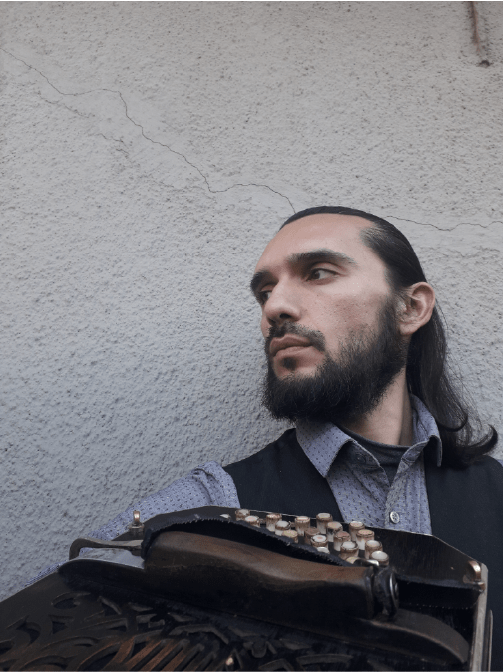 Leandro Medario has born in Tucuman City, Argentina. He studied bandoneon at INSA and bandoneon tango at Orlando Goñi School as well as classical guitar in ISMUNT.

He worked in severals Argentinean popular music groups, as an interpreter and in some even arranging, such as folk ensembles, typical tango orchestra, trios and instrumental duos. He also accompanied tango singers with bandoneon and guitar. Among his last activities are: tango instrumental duets, musicality workshops for dancers, performances with contemporary dance and tango companies.